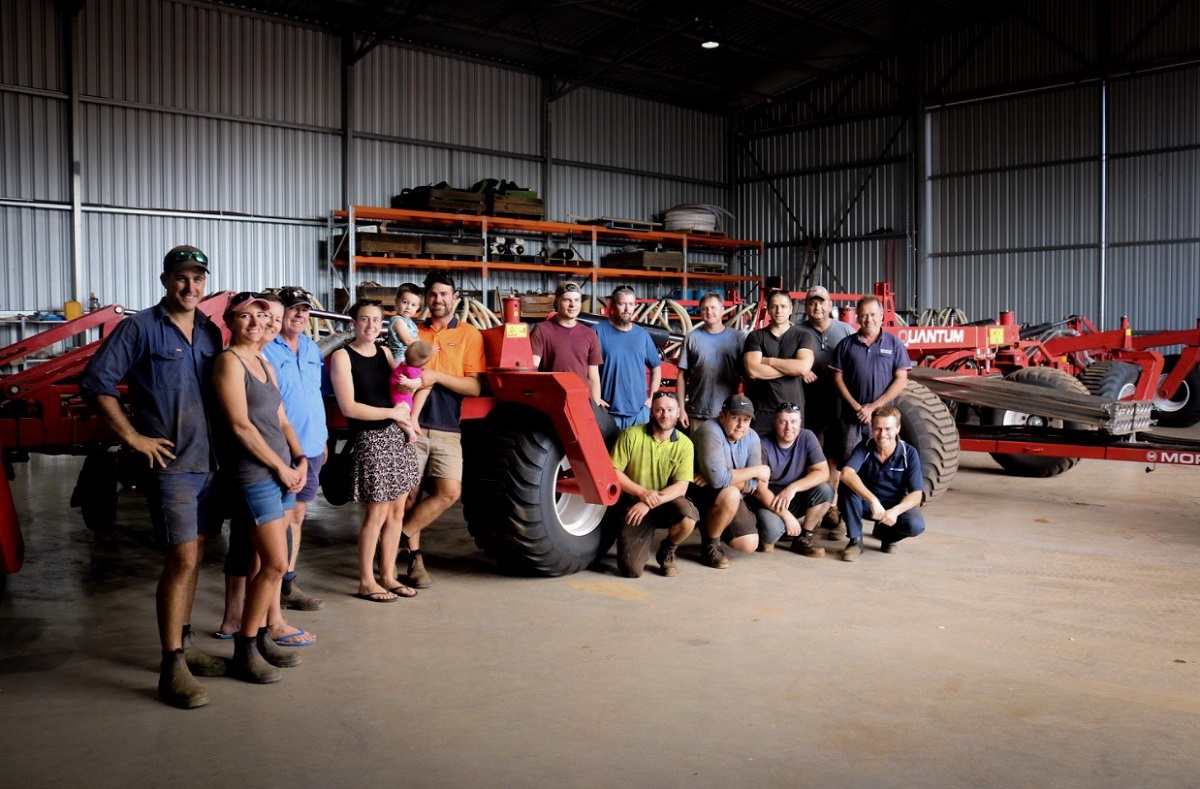 The West family in Kulin were looking at sowing systems for years before deciding on a Morris Quantum air drill and 9 Series air cart with section control. It also included variable pressure packing, a new feature now having a big impact with progressive growers…

Together with banding fertilisers at two different levels, Barry said it resulted in some of the best crop germinations he had ever seen this year.

Barry and his wife Peta, together with their son Jarrad and his wife Ashlee, as well as full-time machine operator Colby Lewis, crop 4000 hectares of their 6300ha ‘Evasham Farms’ property to wheat, barley, canola and lupins.

The cropping program was previously completed by an 18-metre Flexi-Coil bar and 12-tonne airseeder, but in the last two seasons it has been successfully completed with a new 18m Morris Quantum air drill and 9 Series air cart featuring Input Control Technology (ICT) for section control. 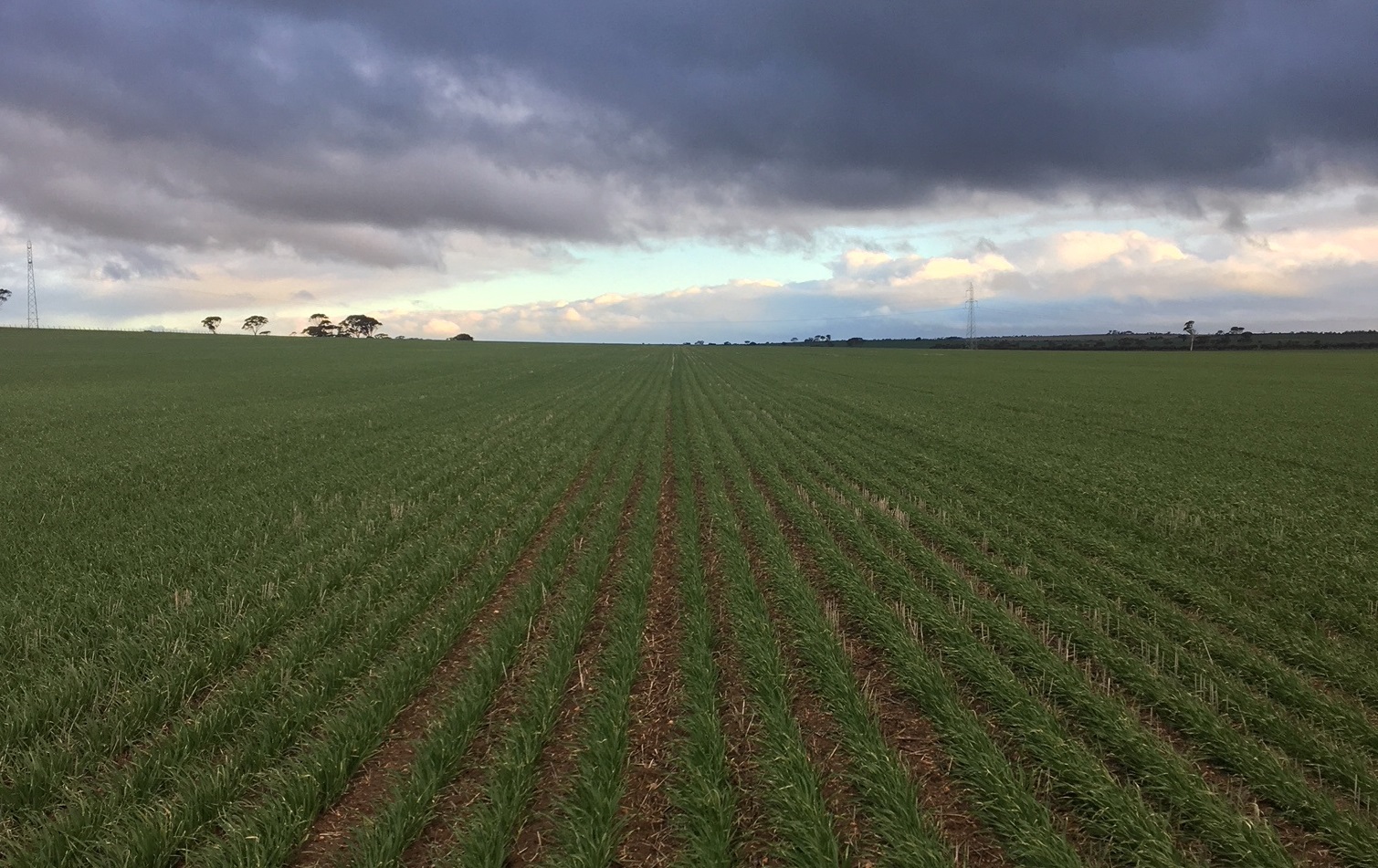 Crop germinations on the West’s Kulin property in WA this season were some of the best they had ever seen, thanks to the use of Auto-Pack variable pressure packing with their Morris sowing rig.

Morris Industries Auto-Pack is a technological breakthrough made possible via new live hydraulics. It allows operators to set the desired packing pressure on press wheels and it maintains it by constantly varying the hydraulic pressure on the opener assembly as soil conditions change across paddocks.

Auto-Pack results in correctly closed and packed furrows, reducing the risk of any available moisture from evaporating, which is vital with the swing to dry sowings, and thereby creating the most ideal seed germination environment possible. Correctly packed furrows maximise any subsoil moisture via capillary action and further improve depth control.

The Wests dry-seeded 80 per cent of their cropping program this season and waited for a rainfall event, which delivered 16 millimetres in the gauge, before completing their sandplain country.

“We wouldn’t do it without the Auto-Pack now,’’ Barry said.

“It takes the pressure off when it doesn’t need to be there.

“We turned it off in areas and you could see the difference.’’ 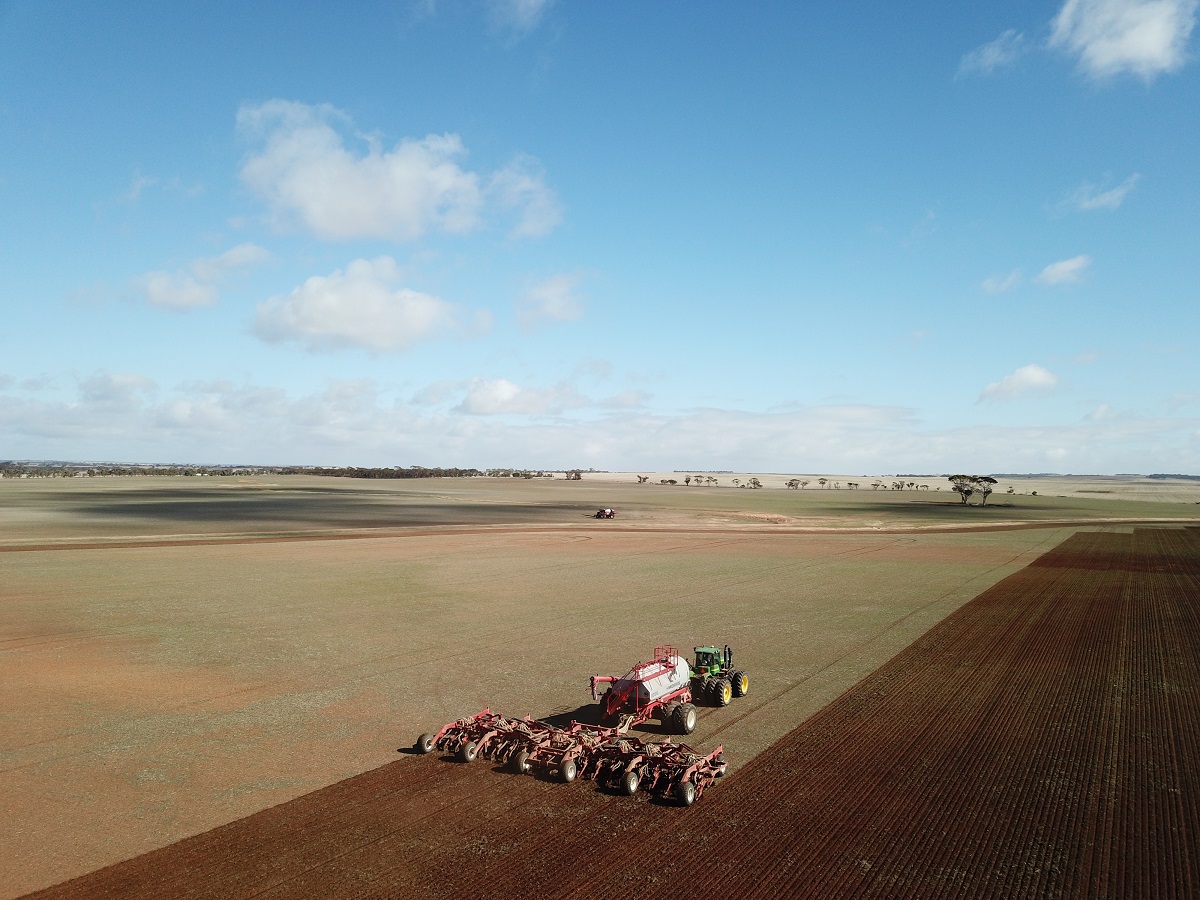 Packing pressures on the sandplains stay at around 95 pounds (40 kilograms) on the press wheel, with the tyne pressure varying to suit. In tough grey clays, the live hydraulic system achieves 90kg on the press wheel by automatically varying system hydraulic pressure from 450psi to 1800psi on the tyne.

Barry said together with applying the fertiliser at two levels, it resulted in excellent crop germinations this year.

“Compared with our previous Flexi-Coil machine, the crops came up better. I have never seen crops on the ironstone country come up so well – and they were a lot more even.’’

He said the variable pressure packing and fertiliser strategy could provide for increased yields from the better crop establishment.

The Wests had been looking at sowing systems for up to seven years and the design and strength of the Quantum air drill was one of the major attractions of the Morris rig.

“The strength, flotation, digging ability and weight were major positive factors. With the size of the tyres, the flotation is fantastic and it’s a very stable bar,’’ Barry said.

The family’s Morris 9 Series air cart, which allowed them to hold about 8t of seed, 10t of granular fertiliser and 7000 litres of liquid nitrogen fertiliser, also provided a new level of seeding efficiency.

“We doubled the capacity with the bin, so we achieved a fair bit of efficiency,’’ Barry said.

With their previous rig, they used to sow about 64ha before refilling, whereas they now plant about 100ha with the new system at full capacity.

The Wests have been spreading lime, gypsum and Muriate of Potash at variable rates on their property for some time and they are also starting to vary the application rates of products from the Morris 9 Series air cart.

They target 130-140 plants per square metre on good soils, increasing to 180 plants/m2 on gravels.

Barry said thanks to the section control technology with the air cart and consequently cutting out any overlap, they also had saved 3-5pc on seed and fertilisers.

“It definitely cut the hectares down from what we normally do,’’ he said.