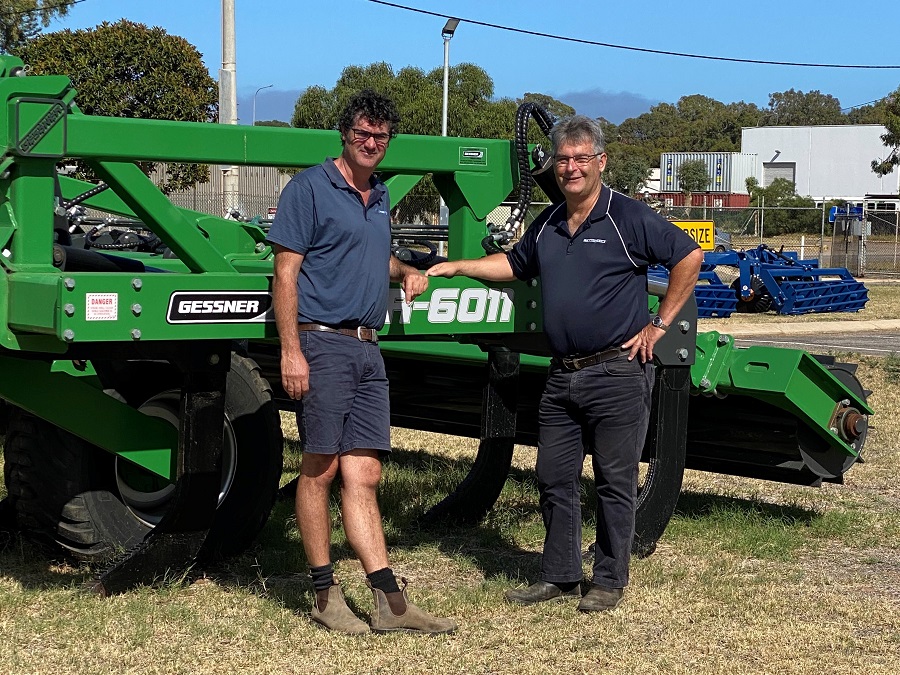 FORMER Morawa grower, Josh McBeath, has recently been appointed as Sales Manager for McIntosh & Son Geraldton, affirming the dealership group’s commitment to supporting the career development of its staff.

Josh joined the company three years ago, having previously been a McIntosh & Son customer. “McIntosh & Son is constantly progressing as a business, but it remains family-oriented, and that was very important to me when I first thought about moving into sales,” Josh said.

“There’s a strong culture of going the extra mile, not only for your customers, but for the other staff at the branch. It makes you proud to wear the [McIntosh & Son] hat.”

Craig Ajduk, Branch Manager McIntosh & Son Geraldton, knew Josh would be a strong and capable leader for the sales team. “Josh has excellent knowledge of our industry and is very successful in his sales role”, Craig said. “When we decided a management position was needed, we knew his focus on customer relationships and products would enhance the team.”

Craig said an internal hire was the only choice for the leadership role, “A team is strongest when it grows from within.”

According to Craig, the need for a Sales Manager in Geraldton reflects recent and steady growth for the dealership. “With Josh moving into his new position, we have a rare opportunity for a machinery salesperson to take the reins of the already successful area,” he said.

Anyone interested in a sales career with McIntosh & Son Geraldton can contact People & Development Manager on (08) 9475 1673 or This email address is being protected from spambots. You need JavaScript enabled to view it.