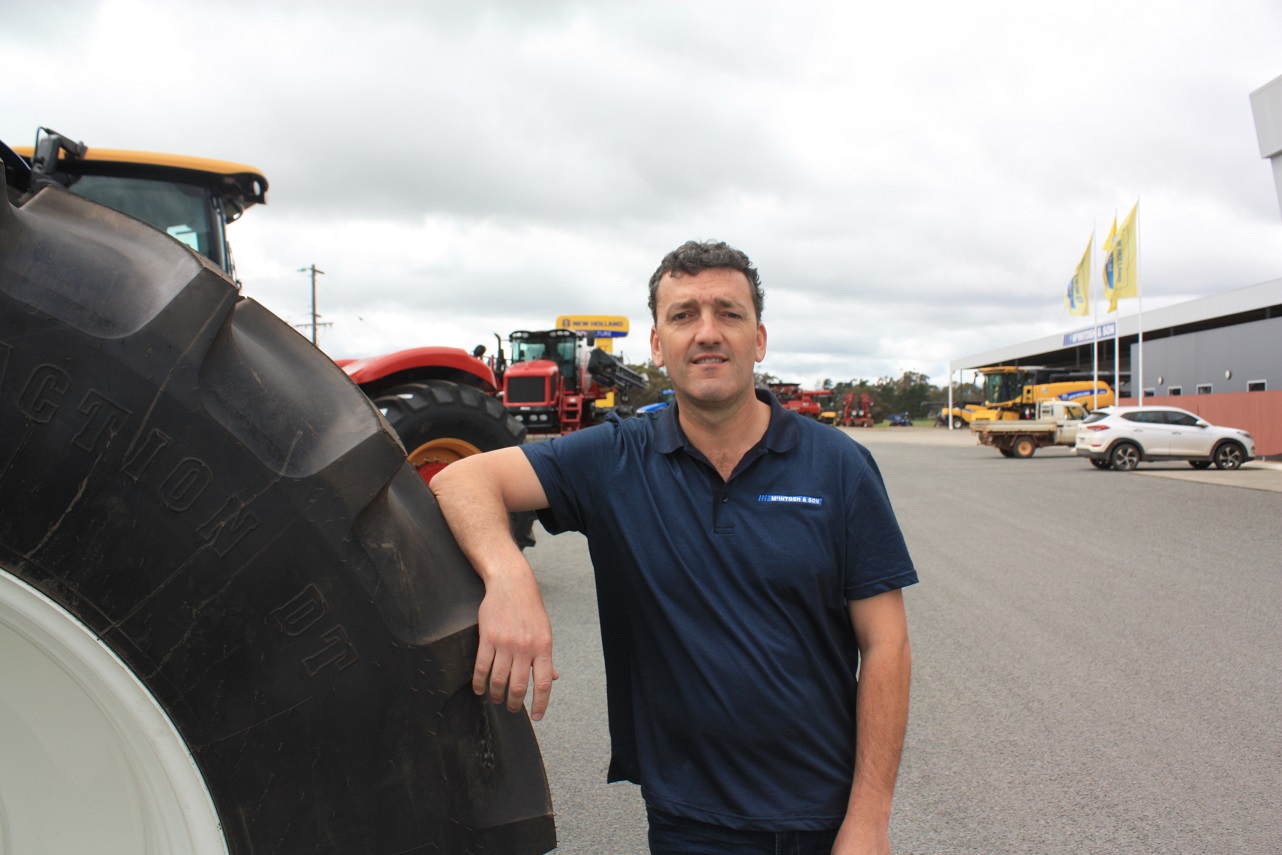 Allan joined the company nearly 10 years ago to support the company’s precision guidance business and ended up overseeing a rapid growth spurt in the division which now employs two full-time auto electricians and an apprentice.

“The opportunity came up and I jumped at the chance to have a crack in sales basically to build up my skill set,” he said. “I am keen to retain my interest in precision guidance

which is a good background to come from when dealing with today’s machinery.

“It’s another facet of the trade and it will help me build a career with the company.”

According to McIntosh & Son southern dealer principal Devon Gilmour, Allan is a prime example of the company’s desire to “grow from within”.