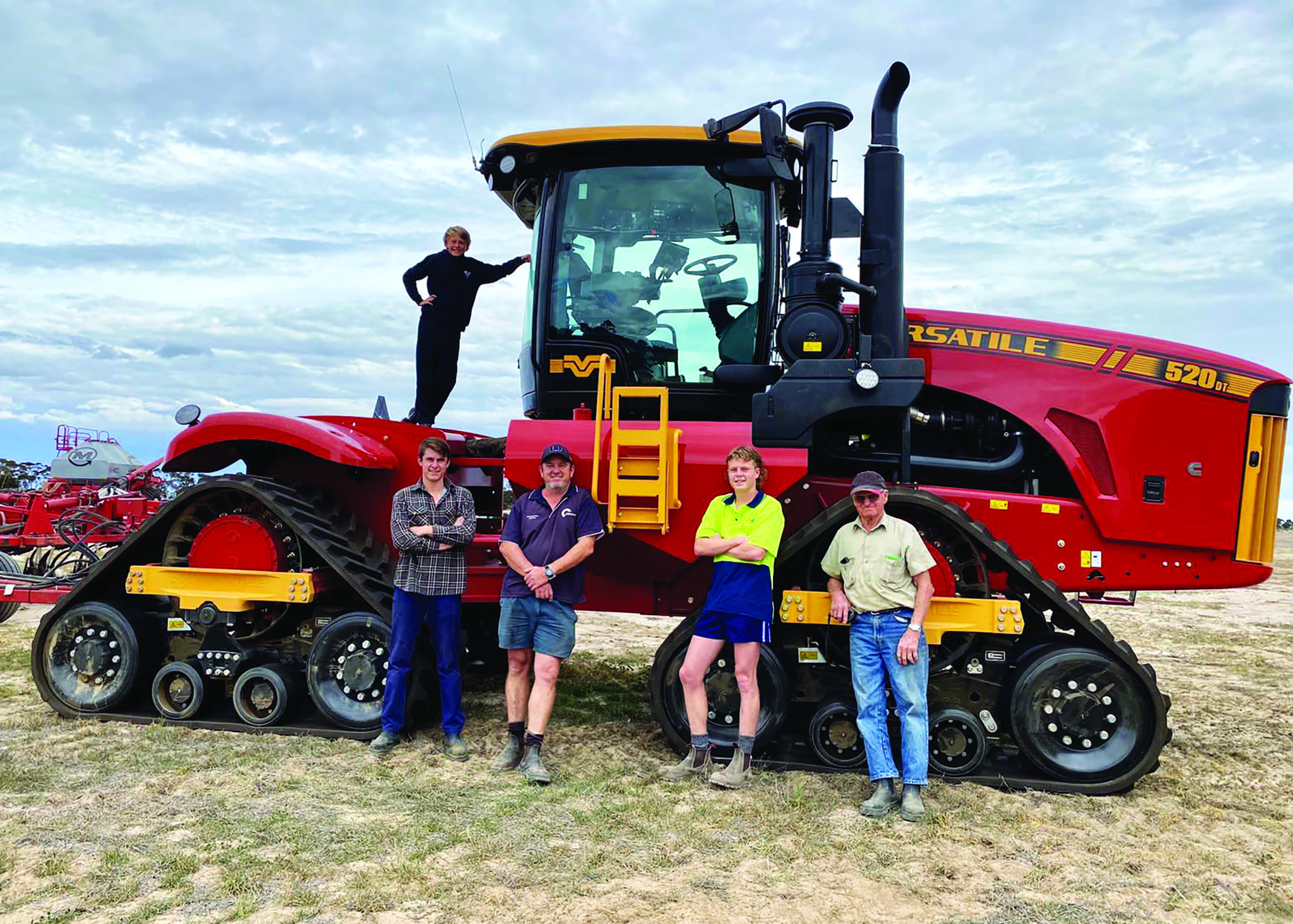 Big, tough and powerful, the Versatile DeltaTrack has an intimidating stance letting you know it means business. Designed to exceed expectations in a package that has focused on true drawbar power delivery.

“I think I’m one of the first people this far north of Esperance with one of these machines,” says Chris Hallam. “I’ve had a fair bit of interest from others who are thinking about changing tractors.

They’ve asked for an honest opinion and I’ve told them about it – especially the value for money.”

Chris works a family-run farm at Grass Patch in Western Australia. His parents are still “plodding around” as he puts it, while Chris does all of the cropping.

“We use a seeder driver for the season but once you had a drive yourself you wanted to have another one. Changing from a twin track machine, which was like driving a brick, to using a Versatile was just heaven. It’s like an older tractor, with simple technology, but it’s a brand new tractor.”

Another bonus for Chris has been the fuel economy of the 520 which, he admits, took him by surprise. He does the bulk of the servicing himself, leaving check ups on the diffs and transmission to his local dealer, McIntosh & Son.

The buying experience was a pleasure. “They’ve (McIntosh & Son ) been awesome,” he says. “They had a Versatile out at a field day and I climbed into it, over it and under it and I fell in love with just how simple it was. No bells and whistles and straight-forward technology. I thought, ‘One day I want one of those."

Getting down to brass tacks, Chris is emphatic when he states the 520 DeltaTrack handles everything he needs for his operation. He loves its power – scaling up to a 60 foot seeder will not be an issue he says – likewise the field of vision and comfort of the cab. Turns out, some of his farming mates are impressed as well.

“I didn’t want too many electronics or management systems. It’s funny; I’ve had a few blokes who use different machines come and sit on mine and say, ‘Value for money, this is so much better than what I’ve got."

With a bit of help over the phone, Chris has steered himself around using the Trimble GPS system and overall has found the 520 DT very user friendly.

“Having used it for a full season now I have to say just about everything it grabs me. It has everything I wanted.”